The draw knife and the slick

Lastly, the two final pieces.
A draw knife stamped EC Co and a slick stamped R R.
Of which I found nothing about...

There were about 4 drawknifes, this is the one I picked.  It had the most usable blade left. 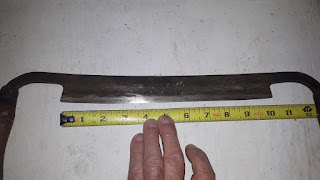 Its a good 10 inch blade 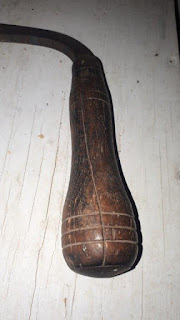 One handle is cracked but still solid 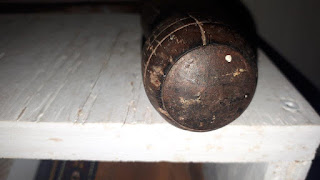 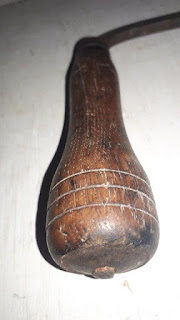 On the other handle, the peen end is sticking out a bit, handle is a bit loose 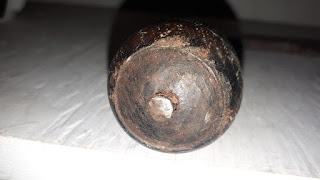 That is because the cup washer is MIA.
For some strange reasons, I have yet to find one draw-knife
with nothing wrong handles... And I now have 5, sigh! 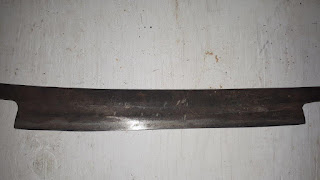 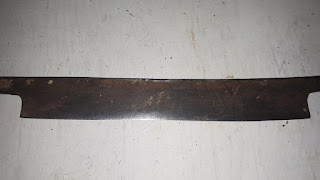 The blade looks pretty good on both sides
Nothing serious.  And that is where I focus my attention on when looking.
Handles, can always be replaced.  I can turn new ones.
Which I am overdue to turn some handles... Need a few. 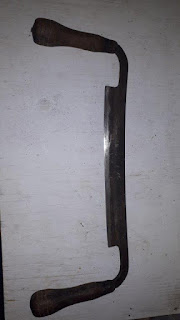 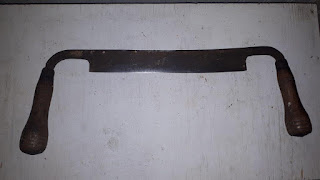 There are no serious rust issues that need to be attended to.  I just ran it under the wire wheel.

The marking CET Co pops out, only stamping I can see. 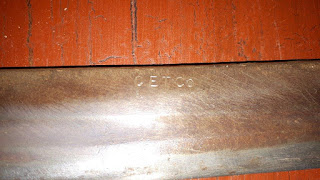 Had a look on line, did not came up with anything on this stamp.
If anyone knows anything, please let me know. 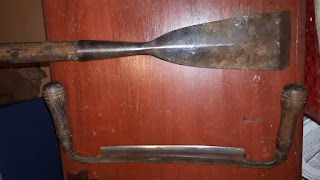 They both got a quick pass under the wheel to find some markings.

I know someone who has been impatiently awaiting to see this one :-) 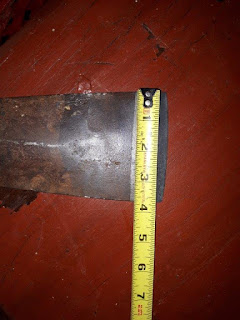 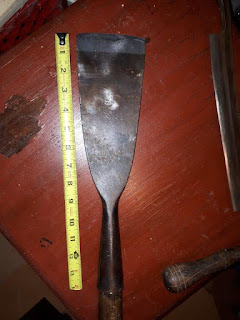 Slicks are oversize chisels used mostly in the log building industry.
Think paring mortise and tenon for a good fit on logs used as beams. 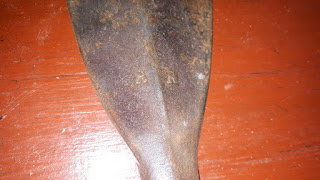 R R is the only markings I found.
NO clue what it stands for. 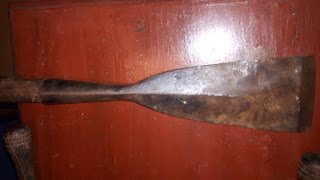 Gave it a wire wheel looking for more, none found. 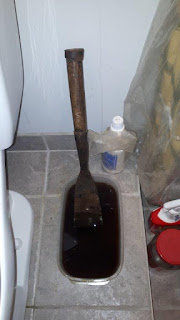 Soak the cutting edge overnite to assess condition of edge 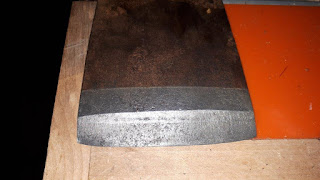 Pretty good condition, some pitting but nothing serious.
We have lots of good metal. 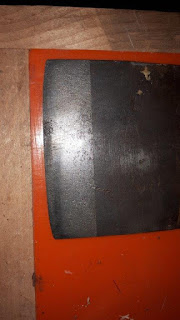 Back side of blade
After the wire wheel 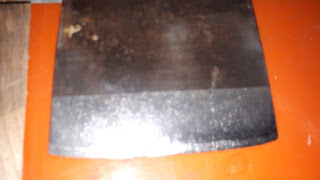 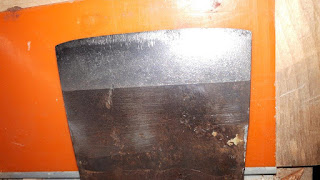 After a quick pass on the 80 grit runway 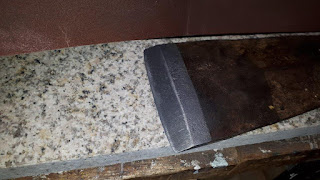 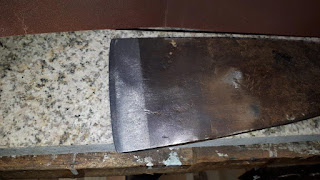 Did not took long to raise a detectable burr, this thing could be made wicked sharp :-)
The back of the edge as a small back bevel on the back
and a couple shiny high spots shows up on the back

Yes, it is cutting wood.  Need more work obviously, but I am satisfied that it is capable to being a fine worker. 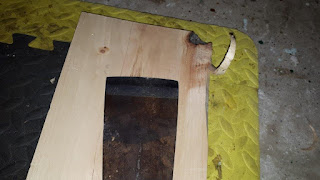 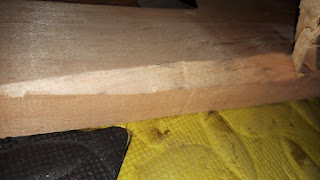 So why did I say earlier that I knew someone was was impatient to see it?
Because I intent to swap it with him for some other tools :-)

I will leave the final prep work to him, his tool, his choice.  I would gave it a full soaking in Evaporust if I was to keep it, but would require taking apart the handle which is solidly fixed.
I don't really want to remove it, would have to dunk it standing up.

But whatever he decide, I will clean and sharpen it or gave it to him as is.

Bob, taking a break from tools, so many other things calling me.... Squirrels :-)

Posted by Valley Woodworker at 10:23 AM