We both been married before, both widows and we have decided to spent the rest of our life together.
She wants a regular wedding in the Catholic Church, so I am playing along, and going thru the rituals.  From courting, to proposition, etc etc... :-)

Being always unconventional, I figured we should start with a dry rehearsal of the honeymoon, so I took her off to Cayo Gulliermo in Cuba recently.
On a more serious note, having recently lost her mother, it was a timely and well deserved time to get away from everything. 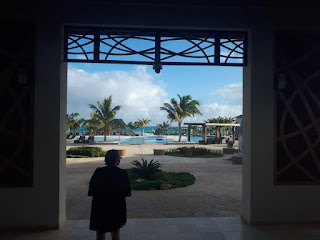 Jean taking in the view from the entrance to the resort.
Infinity pools and the ocean


Of course part of the rituals, included proposing to her formally, by presenting her with a ring.
But said ring had to be presented in a box I was to make, her idea.

Of course the day chosen for propositioning her was today Feb 14th Saint Valentin day, and we just recently came back from Cuba, Tempus Fugit... 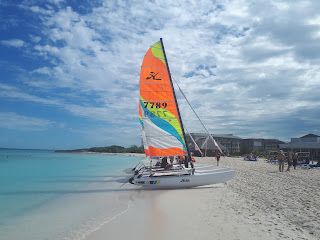 From this white beach to ... 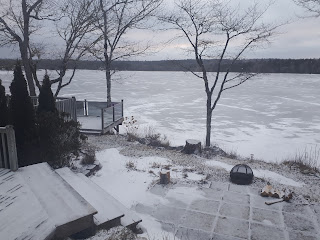 ...This white beach :-)
That was at Steve and Debbie place, where they were babysitting our dogs.
Debbie and Steve are the other set of grandparents to our grand kids.

I racked my brain(s) over that box for a little while.  Believed it or not, my first inclination was to dovetailed the box, but being a small ring's box, that was quickly discarded as being a bit on the small and ridiculous side.  Then what??  Looking thru my recently re-sorted box of exotic woods, I thought, perhaps a bandsaw box? or carve something.  If you are used to carve Basswood and then try some of these rock hard exotics (many contains silica, which is murder on your edges), then you quickly abandoned that bright idea.

The other day we gave the dogs their baths and while they were chilling out afterward, I slipped downstairs to try something else. 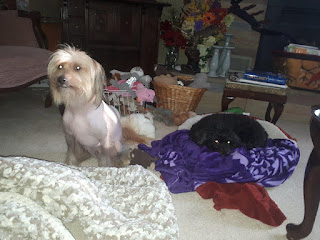 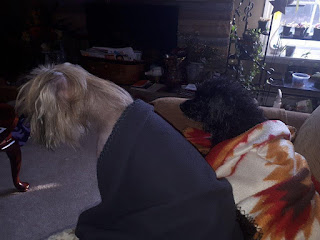 Found a nice piece of Bird's eye maple, squared off two corners, then drilled a hole with a Forstner bit 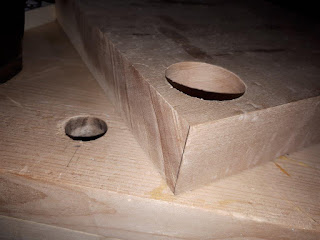 Two corner edges are now squared off and I quickly (lightly) planed off a small area on both sides, before drilling.

It is a lot easier to hold a board under the drill press than a small cube, hence my sequence of operation 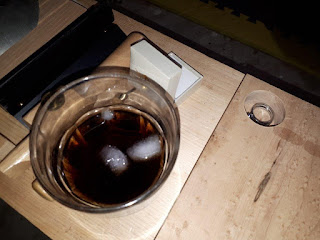 On my first nite, that is where I stopped, while I pondered where I am going with this...
Yes, Cuban rum and coke :-)

Overnite I tossed some ideas in the brain bucket, and proceed from there. 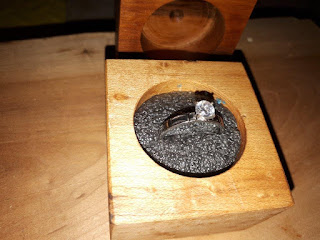 decided to make a cover from a different species.
Some uncarvable African exotic :-)
The blue/green speckles are remnants of fabric from a previous experiment 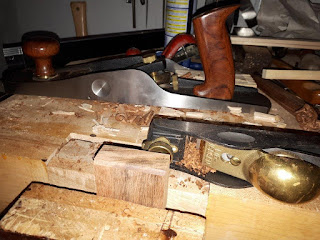 The cover was given a bevel around the top edges 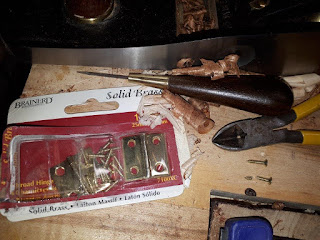 Found some suitable hinges.
Would had prefer some thing better, but that is all I had.
The screws were a bit long, so to avoid blowing thru, I snipped the end of the screws
with a side cutter. 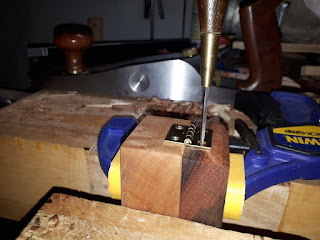 I tried various material to make a ring holder in the cavity, cardboard, various density of foams, fabric covered or not etc.  In the end, my best bet was a piece of foam cut from a pipe insulating sleeve. 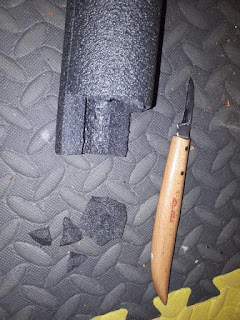 It gave me the right resilience to accept the ring and hold it.

The box, oiled and waxed 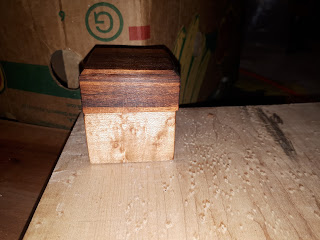 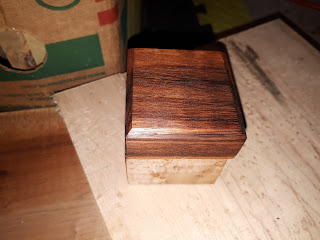 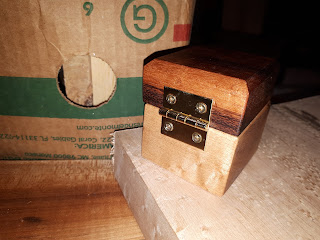 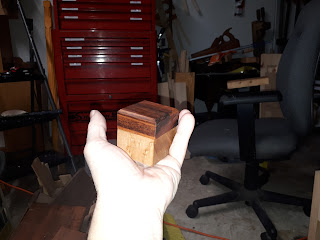 So this morning, I got on my knee and proposed to her officially, and she said ...YES 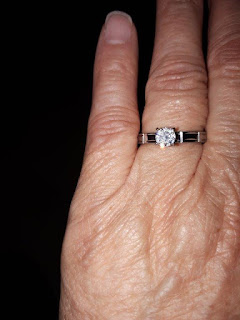 Our wedding date would be on Oct 14th 2020, in Middleton Nova Scotia.

Here goes my tool budget for a while :-)


Bob, off to Rotary duties
Posted by Valley Woodworker at 12:26 PM 13 comments: