Around the world and peace on earth.... wouldn't that be nice for a change...

It started like promising to have a white Christmas, but then we got out of the Polar Vortex, temperature raised and melted all our snow...

I used that break in the temperature to set up more Christmas lights outside. 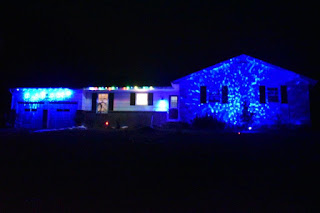 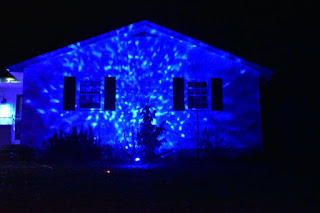 First I put on my strings of Bluetooth icicles, then added rotating spots over the garage and a bigger one for the other side of the house.


Then, I thought, hummm missing something so I added two more spots, a red and a green 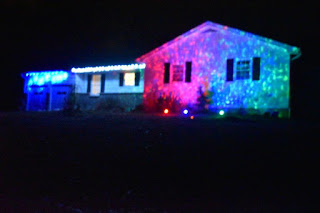 Which left the midle looking a bit bare, So I replaced the front porch lite by a rotating blue spot bulb, 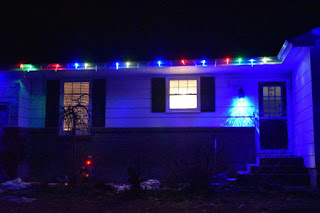 then added a laser projector. There that's more like it and  I did not had to drag the ladder out again, bonus :-) 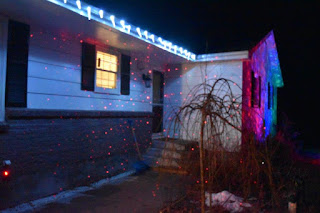 Being close to an airport there are of course limitations to the uses of such a laser projector, it is after all a Class 3R device, it cannot be aimed up say under a tree for example, must ensure that the beams are not shooting up toward the sky. Would be distracting and potentially dangerous for pilots on final approach.
Yes, such usage is falling under Transport Canada rules for aviation, similarly the use of small drones is verboten in a 10 Kms radius of the airport.

I also put up my Christmas village this year, it did not made an appearance last year. This time I split it up in two parts since it is getting a tad too big to fit all in one space :-) 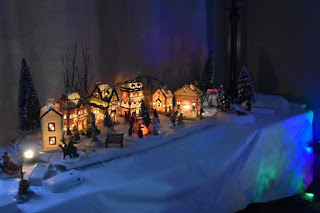 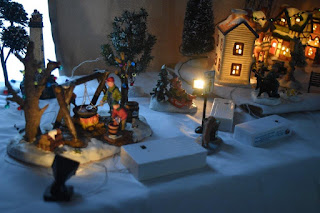 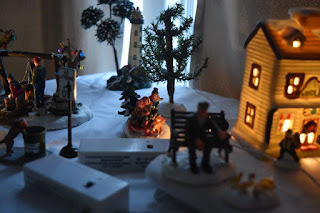 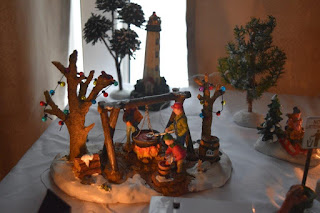 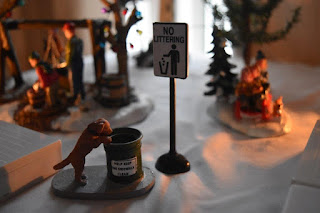 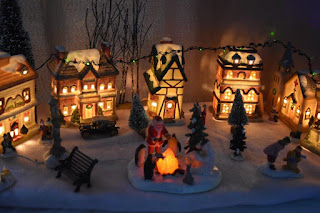 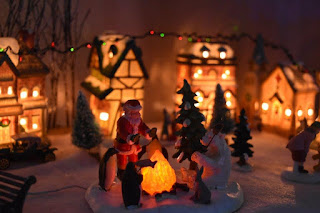 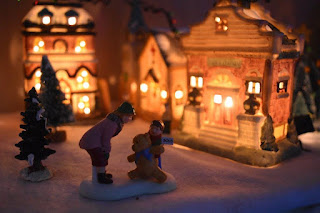 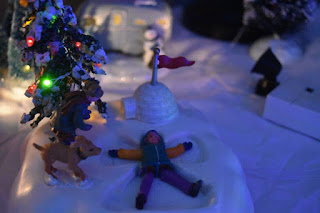 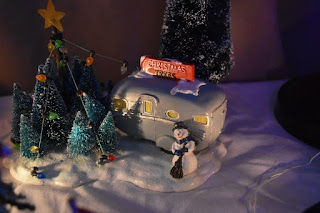 The other part of the village has the Santa train and the skating rink.
I put in some Sponge Bob characters in there mostly for the young kids :-)
It is always fun to watch them discover all the little hidden touches in it .. 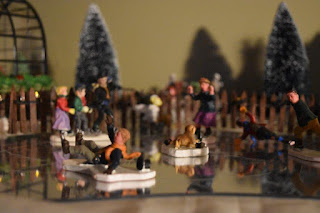 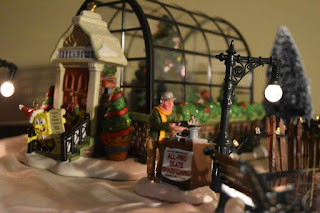 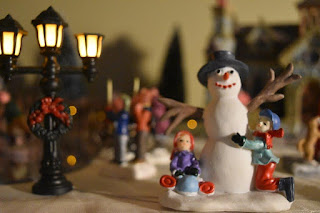 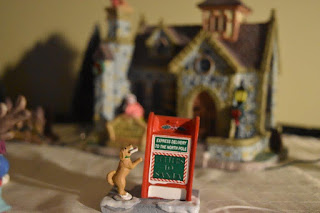 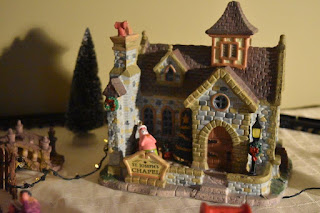 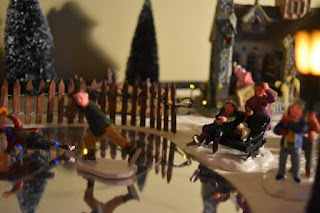 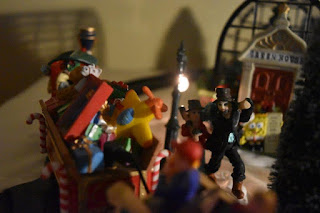 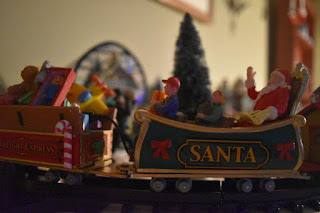 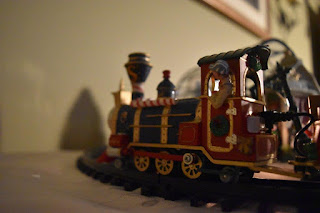 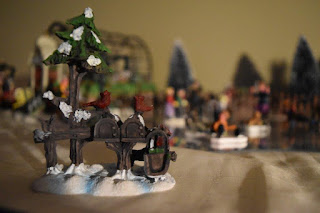 My youngest son is home for the holidays and brought his two cats with him. Somehow Catzilla can walk in the villages without knocking anything over.
My friend's youngsters, two little girls aged 4 and 9, only have to look at the village for a few seconds and somehow the pieces moved around, without being touched... :-)

Christmas is all about the kids, so I tried to put myself in the spirit for them, hence the light show outside and the villages. This being my first Christmas without Heather in about 35 years, I am having some difficulties, read crying at times, but watching the little ones faces lite up is very therapeutic and helps a lots. Ruddy kisses helps too :-)

The scene this Christmas morning at my friend daughter and her little ones. 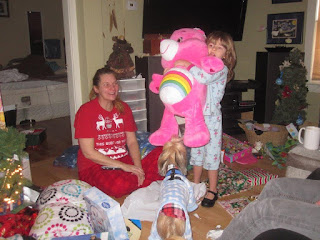 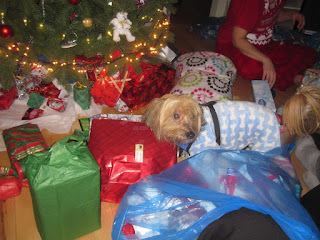 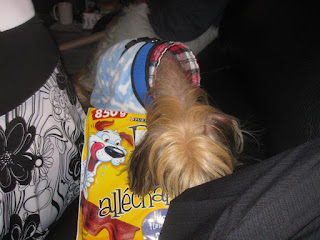 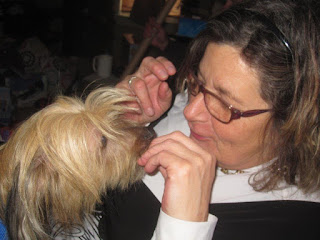 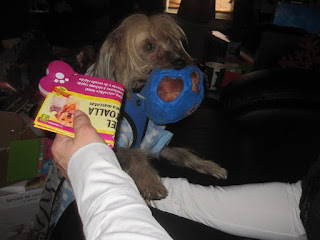 Yes Christmas is a bit hard this year, but between my sons, Rudy, friends and the  little ones, it helps a lot.

Bob, glad for the support...
Posted by Valley Woodworker at 12:47 PM 7 comments: