As you read this, it has started around the world, but let me whishes you all a new year fill with health and happiness. 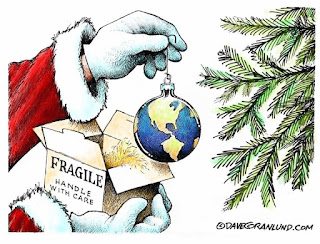 At this time of the year it is also a good idea to look back at what we accomplished and start making plans (some call them resolutions :-),  for the upcoming year.

Fix that small drone for my son.
Nail it! Bought a new one :-)

Finishing my Boring till.
Finally done! Only took two years...
Also made a boring bit till to go with it

Install a 6X6 beam in my shop for installing my post drill.
Post has been up temporarily (still need to be fastened)
Waiting for it to finish its stupid wood tricks (acclimatized to my shop)

Rehab Post drill.
Not much progress on that one... De-gunking it will be very messy,
I need the right weather to do it outside.

Works with my son on his projects.
We managed to fit three in his busy schedule and have a few more in the planning stages

Survey my son's tool kit inventory and start building storage boxes
A work in constant progress, should be able to finished it in 2019???

Built a bigger dining room table & chairs
Nope :-(  That one is a carry over numerous years.  Must get Round-to-it

Built two more garden tools storage stations
Never did happened, got close to another but it ended up as a bird house instead :-)
She also wants some squirrel feeders, bat house and more bird houses

Make some progress rehabbing my ever growing piles of rusty objects.
Getting there, but it is an uphill battle :-)
Did experiment with my first complete strip and repaint restoration (BBM) and metallic brushes (wire wheels).  As a result I have upped my game doing restorations.

Install new bath fan in ensuite bathroom
Overdue, but I need to right weather to go inside attic, too damn hot in summer

Demolish and built a new deck
First we had to cut down the leaning tree in front of it (done) then we measured out and start plans for the deck.  After the initial sticker shock for the estimate, decided to proceeded in 3 phases.
Built first level, then lower deck, then add the structure on top of main level.
Hoping to get to the first phase this upcoming year

More backyard projects
In prevision for cutting down a few trees around the properties, built a bigger and proper fire pit to burn the resulting branches etc.
The earth removed was used to created a new garden plot by our fruits gardens
Numerous trees were cut around my property line in prevision of building a fence in the back yard.
Others were removed for being to close to the house and in the way of future projects.
More new trees and bushes were transplanted or added
A new driveway has been planned to provide heavy machinery and delivery of material in the back yard. Ouch, not cheap! :-(
A spot has been cleared and made more "level" for the upcoming greenhouse and outdoor dining room.
An if you think that all of this is going to be expensive, you should see the estimate to paved my existing driveway !! Ouch, that will go to the bottom of the list, unless I win at the Lotto  :-(
Probably would have more luck if I was to buy tickets? :-)

First is that small hall table for her sister.  My hang up are the two rear legs, need to make yet another pair, sigh
Install that bath room fan
Bring in 220 V in garage and move laundry room
Catch up with some minor maintenance issues around the house
Start new driveway, get at least the culvert done
Get new deck started hopefully
Replace back sliding door by French doors or replace the two garage doors? Both if it fit my budget
Anything else I manage to get off my list would be gravy :-)