Slow day in between storms

We really got clobbered with snow Tuesday... Anywhere between 55.7 to 61 cm here in Greenwood depending on the source. And I think that all of that snow got dumped in my driveway!!!

This is beginning to look like winter 2015 all over again... snow storms after snow storms every 3 days or so... 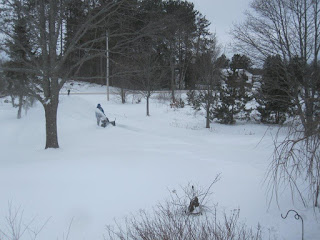 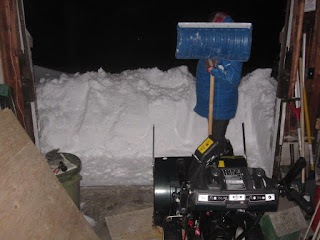 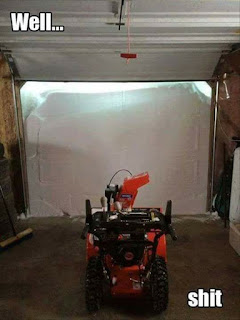 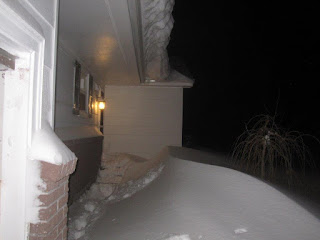 There is at least 4 ft of snow up front, we had about 60cm dumped.
Tuesday 14th everyone was still recovering from the storm plus blowing snow throughout the day...Snow day

Wednesday the 15th school were open, then today Thursday 16th, another snow day, another 30cm coming down throughout the day, and Friday?  Well for the first time in 125 years the teachers are going on strike for the day to protest the legislation being drafted to settled the dispute going on for a while (contract expired)

So yesterday, in between digging ourselves out, and making room for more snow... 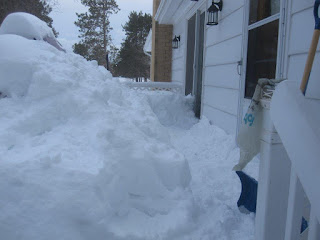 Had to clear the deck in prevision for today snow fall,
way too much heavy snow load on it 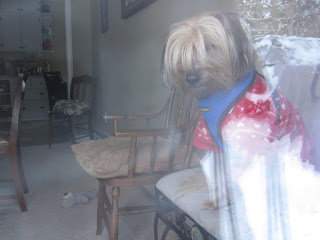 Rudy checking out my progress from his stool by the door 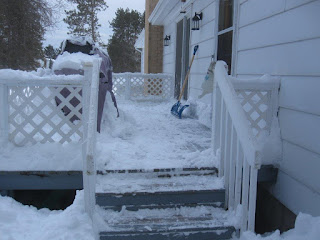 OK done for now, I am exhausted...

The other day, while doing her driveway to get the school bus out, the snow chute on her snow blower broke off... She has no snow bank cutters on her snowblower and the side load from the high snow banks crashing down on it were too much.

Forget trying to get parts, and the local repair shops were quite busy trying to keep up with everyone's else snowblowers in the shop. 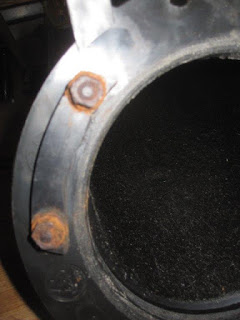 There are three (3) semi circular tabs around the bottom to hold the rotating snow chute, one is broken off.  The lip is missing. 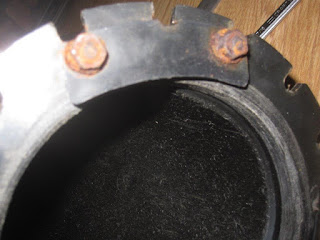 That is how it is supposed to look like. 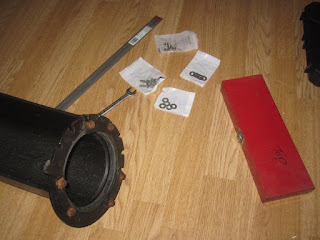 No parts? No problems. Adapt and overcome! 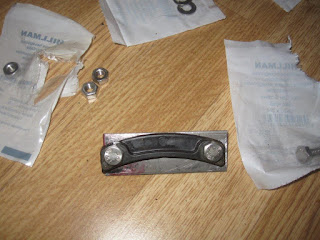 Cut a piece of flat iron to length, drilled holes to lined up
the part and trace top profile 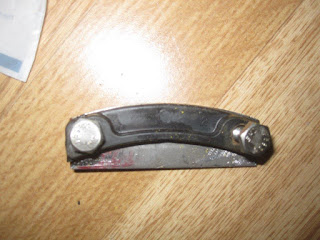 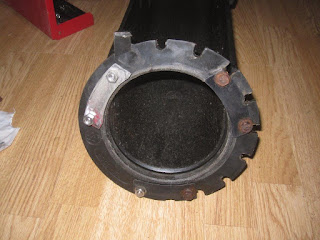 After shaping the bottom curve with flat and rat tail files,
installed new part with stainless steel hardware . I had a bitch of a time removing the rusted one, busted two (2) 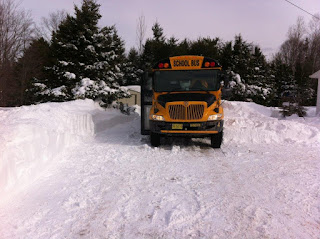 Once repaired we were able to finished off digging out
the bus from its snow tomb, in time for its only run of the week, Wednesday!

I wanted to put on snow bank cutters on her, like mine, but they already got the summer stuff out at the hardware stores (Canadian Tire) Really!!!! We are just starting winter around here.... 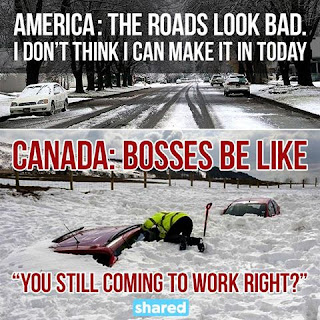 Next it was time to look at my own snow blower, the speed shifter cable came loose, somehow... 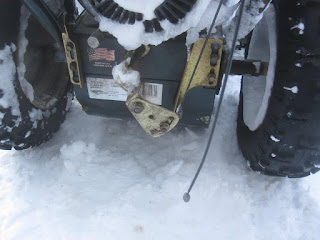 Luckily she is stuck in third gear 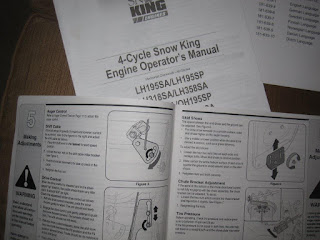 Looking at my service manual, I am not sure how in the world it is
suppose to re-connect... Something missing????
I am still scratching my butt on this one... 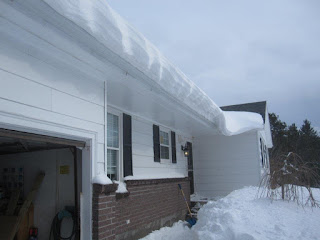 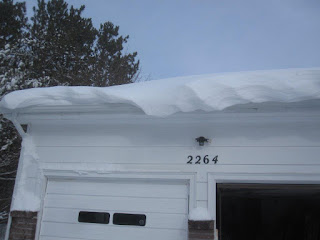 The snow load on the roof is slowly sliding down

I was not going to do anything about it, but then, our oldest grand daughters, Meadow,  came for an overnite stay, so that got me spurred into action before she arrived...
Safety first ... :-)

Today as I sit at my keyboard, gotta get ready for another round of snow clearing... Thank god for snow blowers, I would have no room to put it aside if I was shoveling... Driving around town (thank you Positrack in my AWD car ) you can really get a sense of how much snow we just got, all since Sunday nite... 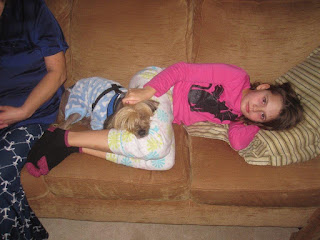 Jean, Rudy and Meadow...
I guess that leave me to do the driveway by myself :-)

Bob, doing warming up exercise before going out and doing his driveway. I joked with Meadow, telling her that there is no school today, but she will have to shovel my driveway...
Her face expression was priceless.. You are kidding right? He he yes, go back to bed...

Posted by Valley Woodworker at 7:12 AM

Email ThisBlogThis!Share to TwitterShare to FacebookShare to Pinterest
Labels: Misc