S s S or Stanley? And the differences would be....

I was going to respond to my friend Ralph of the Accidental Woodworker about questions he had on a recent find he got, a Stanley iron stamped SsS. What gives? And what about the hole location moving on Stanley irons, then followed by everyone else... Why? 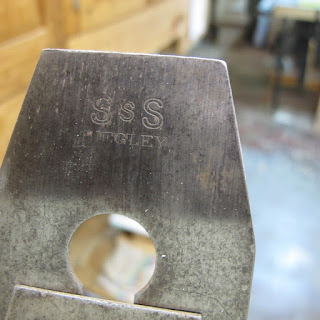 Pic of "new" blade acquired by Ralph.
Notice the hole position on the top also.
Pic from Ralph

Then I thought my response was getting too long, better save it as a blog entry...

What's in a name, Siegley

Jacob "Jake" Siegley of Wilkes-Barre Pa,
If the name sounds somewhat familiar, it may be because of his Combination planes No 1 and No 2 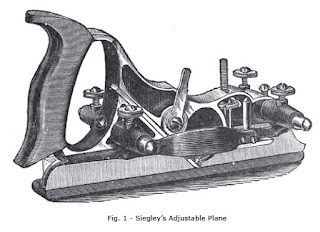 From Carpentry and Building , Vol 6, December 1884 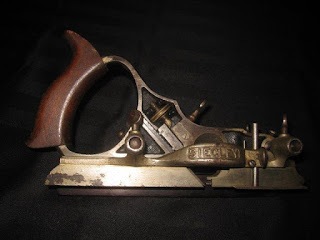 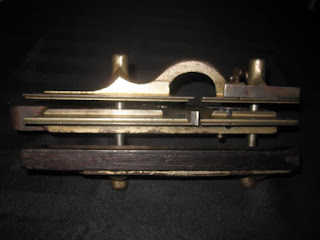 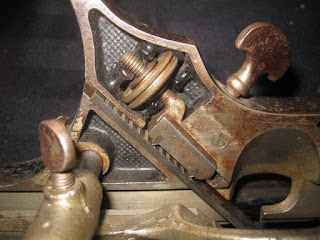 Siegley No 2 Combination plane.
See a resemblance with Stanley No 45? It is no coincidences... 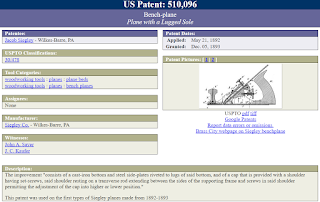 He manufactured planes: The Siegley combination plane No 1 and No 2
Bench planes in iron or wood bottom version and Block planes from the early 1880s until being taken over by Stanley in 1901 who continued to manufactured some of his designs until 1927 still using the Siegley name and the appellations: SsS (Stanley steel Siegley) on cast iron planes, StS (Stanley tapered Siegley) on Transitional wood bottom planes, some models of cast metal plane and finally SbS (Stanley block Siegley)


The Stanley steel Siegley blade such as found on Ralph's iron, was indeed manufactured by Stanley and is an otherwise identical item as regular Stanley irons, with the exception that Stanley never changed the hole location down, as per their 1895 patent.

The Stanley tapered Siegley irons on the other hand are tapered in thickness from the cutting edge to the upper portion. These would not be an easy retrofit into a Bailey design. They were designed for the Transitional, wood bottom planes. They did put them in a near copy of the cast ones by simply opening the mouth to accommodate the tapered iron. These new tapered irons always came with the hole location on the blade down as per current Stanley production 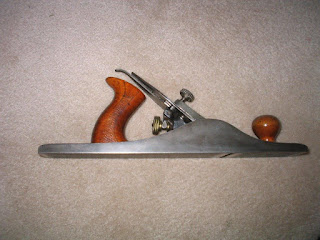 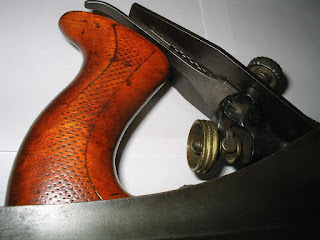 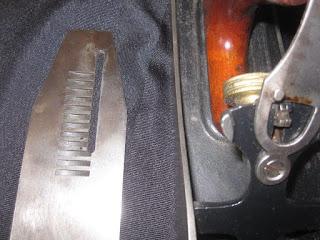 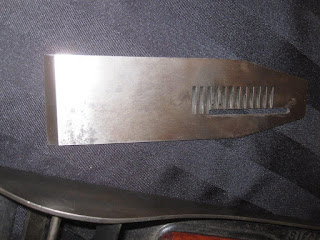 Grooves for the blade advances and offset slot for the lateral adjuster.
And in case you wondered, YES that blade is sharp and this tool is a good user 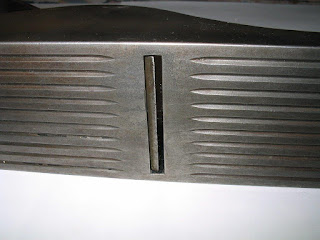 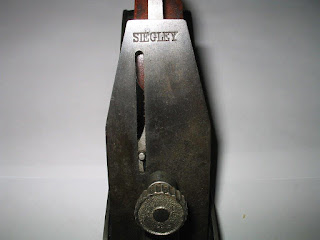 Siegley (only) Stamped on blade. A clue to its Stanley manufactured
Notice offset location of lateral adjuster slot 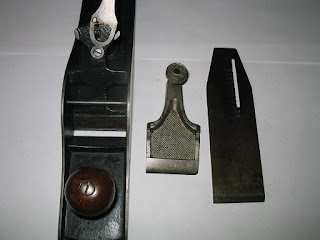 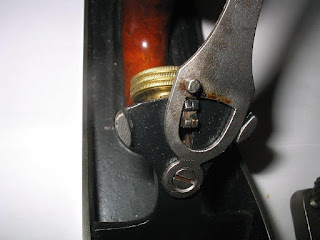 They could not be exactly like Stanley, this is a patented model, hence different. Look at the strange lateral adjuster mechanism, which made the offset location of the blade's slot a necessity. It also utilized the age old screw on lever cap, pivoting on a fix pin on the bed casting

The lever cap is unique also in having two adjustable preset screws, one on each side. It fine tune the position of the lever cap near the blade edge, since this is a single iron blade, it act as the chip breaker. 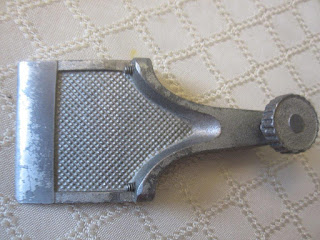 The two screws are resting against the metal bar upon
which the lever cap is wedged under, and stop the cap edge to a preset location 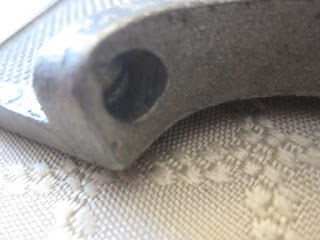 How the screws are adjusted. 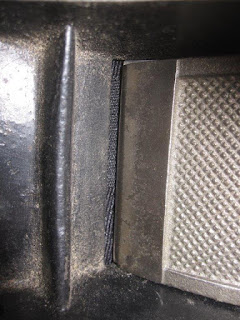 Notice the slight sliver of blade sticking out under the lever cap? 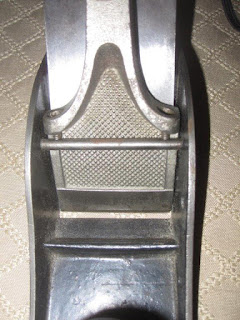 And since both screws adjust independently, you can offset a smidge to compensate for a less than perfect square blade's edge 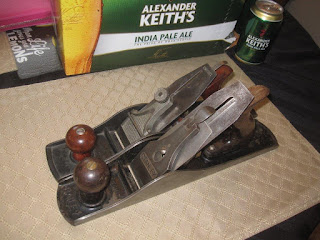 How the Siegley No 5 compare to a run of the mill Stanley No 5
In the background? Hoh, standard Canadian winter's preparation survival pack... 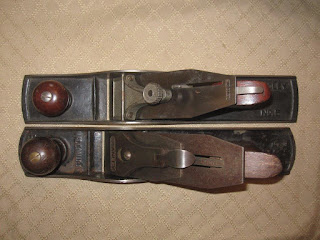 Pretty close size wise, but I did noticed for the first time a big difference... 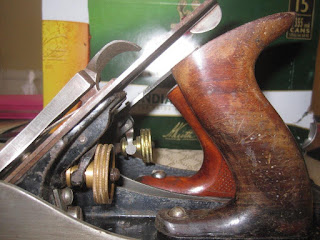 Hard to tell in this pic but the Siegley, in the back, as a lower bed angle than the Stanley which as its frog bedded at 45 degrees. 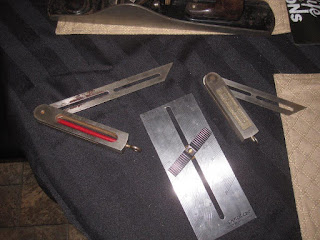 So using a very sophisticated methodology,
the latest state of the art and a few beers 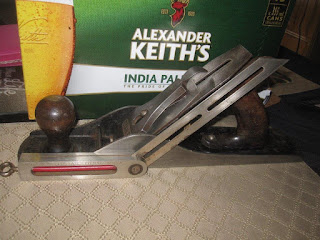 Stanley No 5 measured at 45 degrees, no surprise there 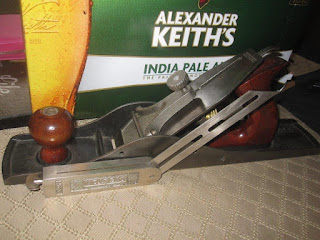 But the Siegley measured lower... 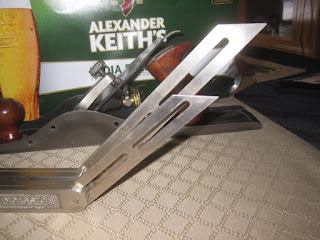 Here you can clearly see the differences.
Turns out Siegley bed is 5 degrees lower, sitting at 40 degrees.
It uses a single iron bevel down blade, hence its angle of attack is at 40 degrees.
More of a slicing than scraping action. 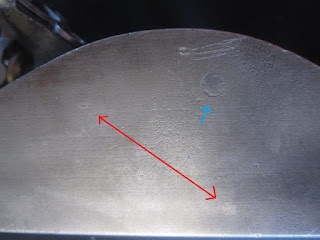 The frog cast piece is pinned fixed, to the bed piece sides by two pins
(Red arrows) and the lever cap wedging bar is similarly pinned on both sides (Blue arrow)

And to add to the confusion, there are actually three "Pedigrees variations" of these planes, the original's Siegley made in Wilkes-Barre Pa then Stanley made from 1901-1927 in New-Britain Ct, and Edwin Hahn planes made at the Keystone Tool works in Wilkes-Barre Pa, from 1901 and upward. Hahn bought the remaining inventory from Siegley when they got sold to Stanley. Of course when Hahn bought the remaining stock they could not make the same patented features on them such as the two adjust screws for the cap iron, said patent now belonging to Stanley, so they had to changed it somewhat in order to retain the adjustability of the lever cap come chip breaker. That was done using a small adjustable plate at the end of it, held in place by two screws. 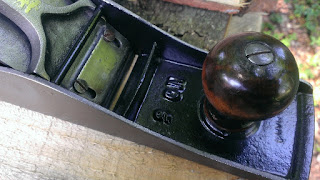 Note the lack of the set screws resting on the bar, replaced by
the adjustable plate at the edge 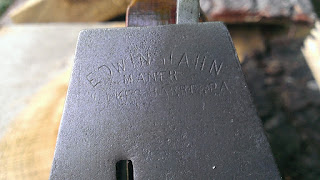 This post is getting a bit long, I will answer the next question about the hole location on blades in a later post.

Bob, the tool historian
Posted by Valley Woodworker at 8:17 PM