The other Yankee screwdrivers...

When you think Yankee screwdrivers, the first thing that come to mind is probably the ubiquitous Yankee automatic spiral screwdrivers.

But North Bros originated all kinds of other fastening tools, including a wide variety of ratchet screwdrivers. 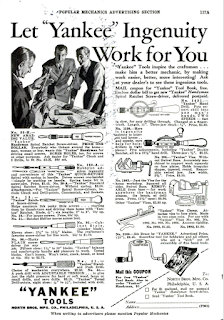 Lets have a look at some I came across lately. 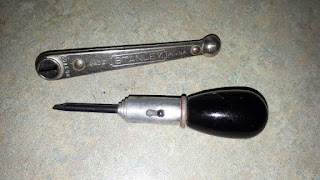 Never seen the other ones, but the No 3400 comes up often on various online sites and in person... 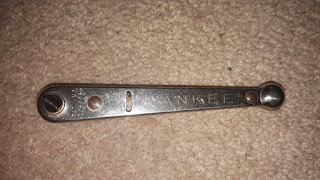 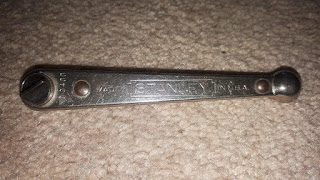 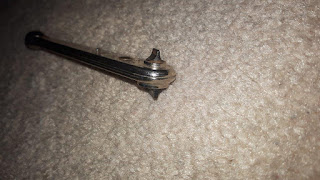 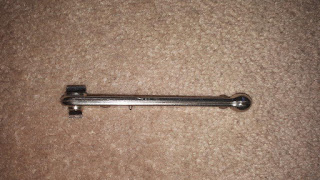 Two different blade width on it.
The larger one is 3/8, the smaller 1/4 inch wide


Lets have a closer look at patent 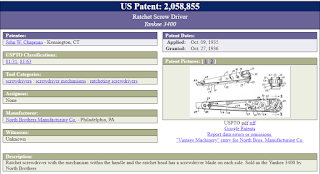 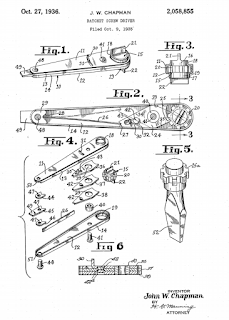 
After Stanley took over , in 1946, they continued North Bros tools at their factory in Phila and they were stamped
NORTH BROS. MFG. CO. DIV. OF STANLEY TOOLS PHILADA
Later on they will gradually shift all production lines to New Britain Conn and shut down the original North Bros factory.  From there on (30 Jun 1958) ALL North Bros/Stanley tools are now simply stamped Yankee, Stanley, such as my example. 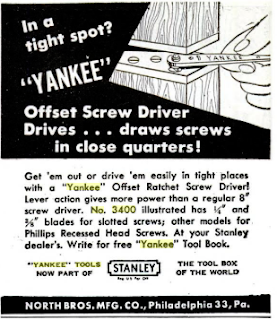 There is a similar sized version made by General Hardware Mfg Co, I do not know if it featured the same long ago expired patent design.  Instead of a series of various tools with different fixed bits, that one uses simple 1/4 inch hex bits inserts.

The General version.
Pic from Amazon

A small 4 inch overall long ratchet screwdriver.  Like all North Bros products, it has a very smooth operating and rugged mechanism.  It is a delight to use.  Blade tip is 5/32 inch wide 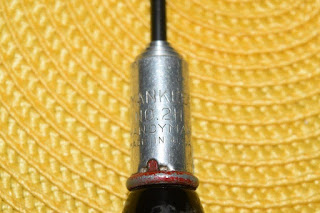 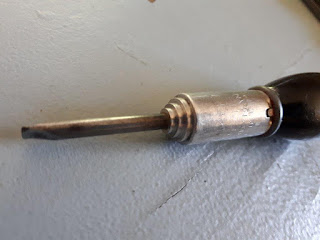 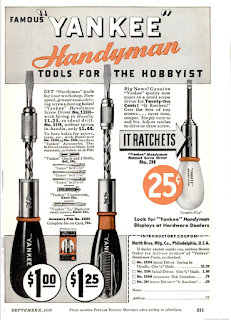 Besides the handy ratchet mechanism, a great advantage of these two small screwdrivers is that they both featured a proper slot screwdriver for woodworker, parallel tips. 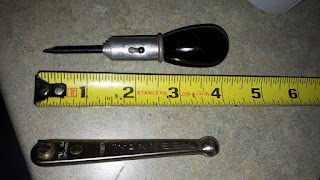 They are both roughly 4 inches long

Great find, great tools.  If you ever come across some of North Bros products, unless it had a rough ride and put away wet, you will find that they are great tools and are smooth operators.

Bob, barely scratching the surface of his new pile of tools.  Rudy and I are back under adult supervision :-)
Posted by Valley Woodworker at 6:44 PM