I have been looking for a small corner brace for a while and finally got this early Stanley No 994 during my recent trip to the Tools Of The Trades Show (TOTTS)
That show and sale is twice a year; I went to the recent 2 Oct one.
Next one is in Spring 17 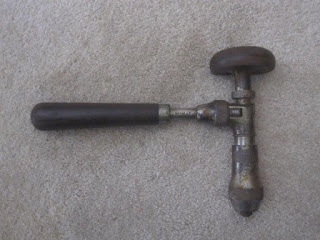 The Stanley No 994 Joist or corner brace 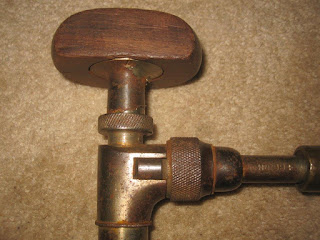 One portion of the top pad is cutaway,
allowing it to be positioned closer to a wall.
Notice the usual brace ratchet mechanism?

The chucks on these is a giveaway of their vintage period, since it followed the brace's chuck development. 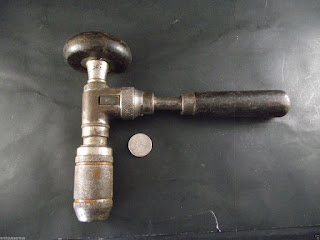 This more recent one sport a much rectilinear chuck.
Mine, above, has a bulbous Barber chuck.
Pic from EBay

It is essentially a truncated version of their regular brace, same mechanism and chucks.
Main features: The cut away top pad and the ratchet mechanism allowed it to be operated close to a corner, say inside a joist bay

Sure make you think of another uses doesn't it? If you said the common mechanic's ratchet, you would be right!

The biggest difference between the joist brace and the mechanic's ratchet is that to be used as a brace to bore holes, you need provision to apply pressure on top.
The ratchet on the other hand only expect pressure from the side handle, not from the top

In my recent travels, in a Moncton NB indoor Sunday flea market, I came across this little guy: Part Rachet, part joist brace.

Goodell-Pratt calls it their Model No 83 Universal Ratchet Handle. Meaning it is designed to be able to play both part...

The Goodell-Pratt No 83.
From Randy Roeder site 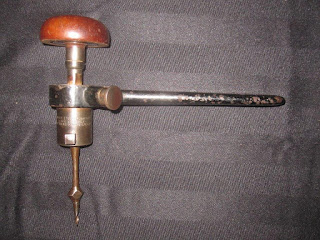 My example came with an attached wood boring bit 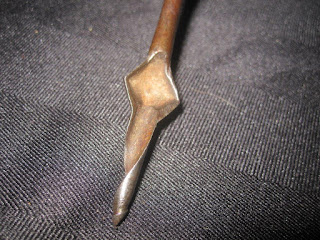 It is a twisted stamped metal pilot bore/countersink drill bit.
Inexpensive to produce, how does it cut? Have not tried yet... 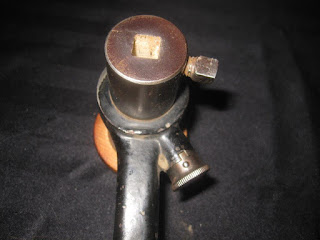 The bit holder squarish hole is tapered to accept regular tapered brace bits.
The bit being simply held by a 1/4 in nut screw on the side 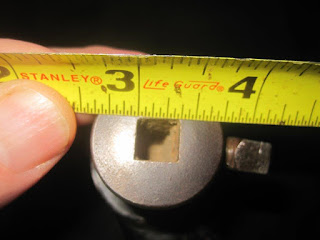 The biggest shanked bit it would accept is 3/8 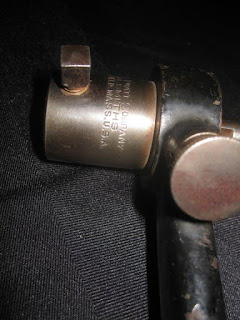 The ratchet shifter knob is on the Right Hand Side. 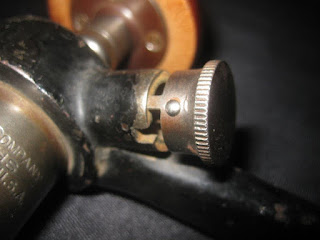 To change the ratchet direction, you simply pull on a knob
and rotate it 180 degrees.. 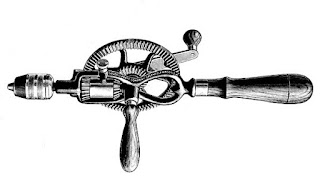 People are often confused by that mechanism to change speeds or directions. Simple, you just don't just pull, you have to rotate it a full 180 degrees before re-meshing it down. 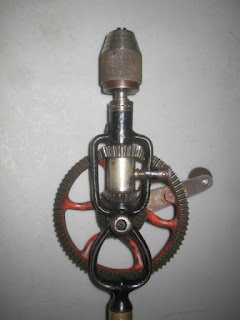 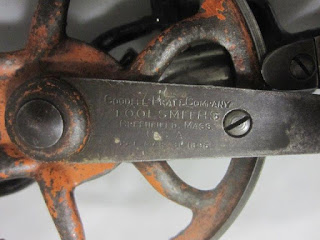 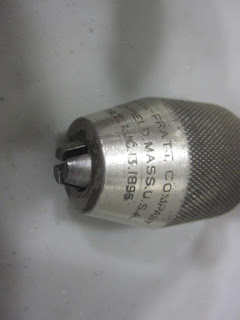 They also produced the similar looking No 84 and 85 which sport different chucks.

The No 84 went thru a similar progression in its chuck such as the Stanley 994 above, the first ones sporting a bulbous Barber chuck, the later, a more rectilinear one. The No 84 has a regular brace 2 jaws chuck and hold taper bits better whereas the No 85 has a 3 jaws chuck able to hold smooth shanks drill bits

and its sibling, the similar Goodell-Pratt No 85

Goodell-Pratt produced rugged tools which still perform as good today as the day they were made (may require some cleaning and de-gunking). The were reputed to make solid tools, had a proud unionized work force, but did not survived the market crash of 1929 and in 1931 they were merged into Millers-Falls which continued to make many of their tools designs.

Bob, slowly going thru is new stash of tools with Rudy's help (??)
Posted by Valley Woodworker at 4:01 PM