I am still researching Stanley operations overseas in a bid to narrow down the time line of Gerhard's collection of Yankee spiral screwdrivers.

There is not much to be found about Stanley operations outside North America. But armed with a few addresses we can look them up on Google Earth and try to put some of the pieces of this puzzle together.

Found this very helpful site in the UK, The Grace's guide to British Industrial History

From it, I found a few address for Stanley's operations in England.
We already known they entered the British market in 1936-7 with a controlling interest in JA Chapman, but they eventually became Stanley Works then Stanley Tools. When, how and where? 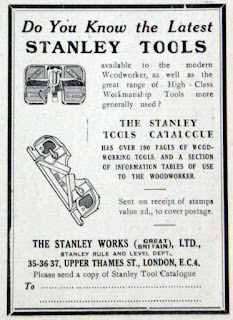 
This Stanley No 79 side rabbet plane came out in 1926 and the arc cut out dissapeared in 1950.  The small router plane No 271 also came out in 1926 so the time period look correct. But Stanley did not start manufacturing tools in England until they bought controlling interest in J.A. Chapman in 1936.
The address shown is in London, so that was probably just a sales office and not a manufacturing concerns. 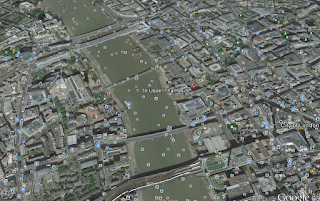 
Chapman is listed in the Planemakers Data base
As a James Arscott Chapman Ltd Industry Works
115 Woodside Lane, Sheffield 1868-1936
That last year would be the year that Stanley took control of the company, which then became, The Stanley Works (Great Britain) Ltd 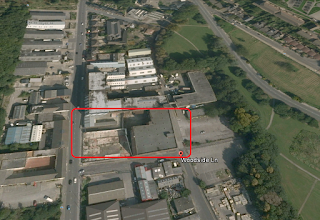 The area I highlighted in red is what I believed was the original JA Chapman building which became Stanley works (GB) in 1937. The demolished area, now a used car lot was probably the original building

The reason I am saying this is because their address is later changed to Rutland road (the main artery running vertical in the above pic on the LH side). Then there was a new factory build in 1961. 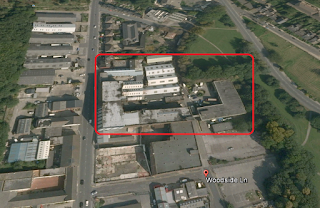 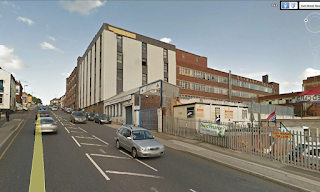 You can still see the name Stanley Tools on the building which
would have been the new part build in 1961.
Looking from Rutland Road. 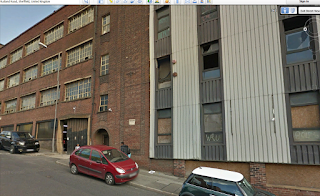 There are broken windows and some are boarded with plywood. 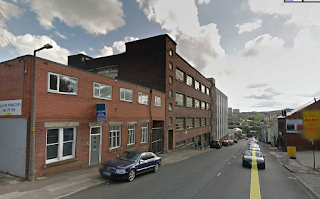 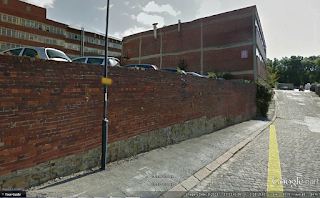 The building is available to let (for rent).
The cars you see are from a used car lot on the premises


Rutland Road as lot of old industrial buildings that still have Steel industry markings on them. Found this one not far down the road on Rutland Rd. 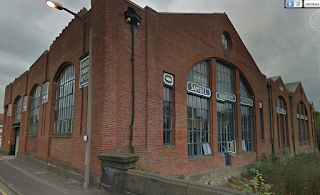 So thanks to Google earth we can explore the sites from the comfort of our computer chair, pretty neat. By the look of their original site it has been vacated years ago but when and where did they moved? 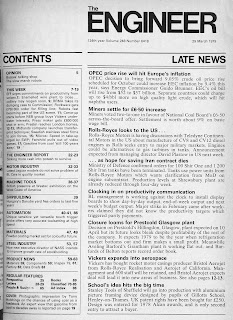 Last entry at the bottom of this page dated 29 Mar 1979
They refereed to Stanley Tools of Sheffield.
Interestingly they also mention the ALCAN award. ALCAN is the Aluminum Company of Canada, of which the main plants are located in the Saguenay Qc, where I was posted twice in my career. The airbase there was set up during WWII to protect the vital aluminum industries.

Did not found all the info I was hoping for, but this is a start, and perhaps some of you would be motivated to become involved in this search.
Meanwhile, Stefan of the Bluespruce woodshop has agreed to look up some trails in Germany. The original Stanley's Velbert plant in Germany is about 30 Kms from where he is from, and he says he never knew Stanley was so close to him. That tells me they have long ago moved...

Bob, the arm chair tourist and reporter hot on the trail of Stanley's past

Posted by Valley Woodworker at 5:07 PM